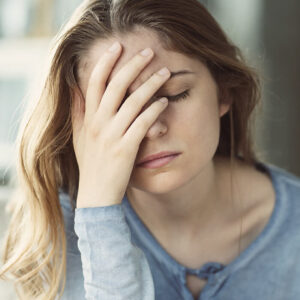 Amy is one of my favorite clients. I’ve changed her name of course.

She’s been dating her girlfriend for 2 years. Her primary complaint today is the same one she had in the first 3 months of her relationship:

Her girlfriend tries to avoid any discussions that involve potential conflict.

So basically, Amy’s girlfriend never wants to discuss anything serious – because just requesting a conversation makes The Girlfriend worry that the conversation will lead to a fight, otherwise, why would Amy want to talk about it?

Amy, who is the first to admit that her emotional needs would place her in a high maintenance category, feels forever silenced by the girlfriend.

The irony is that Amy is anything but silenced. She feels silenced, muted, unheard – particularly since she rarely gets to express her complaint du jour – but what she manages to convey (ad nauseam) is her frustration over her girlfriend’s avoidance of having discussions.

This is the conversation she has almost daily:

AMY  “What do you expect me to do when I want to talk about something and it’s never the right time?”

THE GIRLFRIEND “We can make an appointment to talk about it another time.”

AMY “Every time we schedule an appointment, you cancel or tell me it’s not a good time!”

The paradox is that The Girlfriend gets exactly what she wants to avoid most: Conflict.

I used to wish I was conflict avoidant. Those couples always seem so content; their unexpressed gripes so well controlled, politely pasted into plastic smiles which most people mistake for happiness.

I never had that kind of self-control.

I come from fighters. A whole family of people who pride themselves on being real and honest and a go fuck yourself if you don’t like it mentality.

I didn’t think there was a problem with the way my family resolved conflict. By the time I left the nest and entered my first marriage, the only family problem I could see was that my mother had married a rageful guy who terrorized us all.  He’s been gone since I was a teenager, so between that, the fact that he and I weren’t biologically related (so I couldn’t have inherited his craziness), and everyone’s confirmation that my husband was as gentle as they come, I figured I dodged a bullet and wouldn’t have a repeat of my childhood in my new home.

The thing is, if you don’t heal it, you marry it. Or recreate it.

I’m too subjective to decide if my ex came to me with some wires crossed or if my fighting style could provoke a priest into madness. But the guy I married started to look a lot like the one my mother married.

The thing is, I was a therapist.

How the hell could this have happened to me?

Because it turns out, you attract the very thing you want to avoid in life. Particularly in relationships.

Just like Amy’s girlfriend, I unconsciously recreated my worst fears in that relationship.

Then, hoping to ‘pick better,’ I threw myself into dating rather than therapy.  I figured the problem was him.

Until it was her.

OK. This isn’t my memoir, or even a teaser thereof.

This is a cautionary tale.

The solution to your relationship problems isn’t outside of you.  It isn’t your ex, or your partner, or your life circumstances.

The good news is, you have complete control over how your story ends.

Will you throw yourself into your own work like I did?