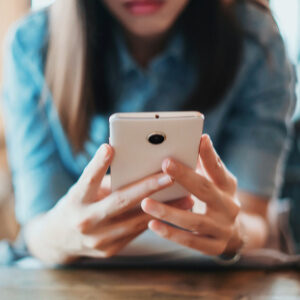 Texting has become a necessary part of life – particularly in our personal lives.

As a therapist, I love the transparency that texting provides me. Gone are the days when I used to rely on a client’s ability to accurately retell a conversation of what transpired outside of session. Texting, for me, is the equivalent of going directly to the videotape.

Not a day goes by without someone thrusting their phone into the camera of our Zoom session, saying, “Can you believe this?!”

I can believe it because I’ve seen it all.

All too often, my well-meaning client is surprised to find herself on the receiving end of my text scrutiny. So today, I offer you the 7  most common mistakes I see people make which cause their conversations (and often, their relationships) to implode.

This takes on different forms:

2. You stop responding without notice.

When you’re in the middle of a text conversation (a text conversation is when a text has been sent or received and responded to at least once within a few minutes), it is reasonable for you to need to stop – especially during the day. It is not, however, reasonable for you to walk away without giving the person with whom you were texting a heads up. Just say, “Hey, my boss just walked in. Gotta go.” Or just say, “Gotta go.” Say something.

This takes on several forms:

“How’s your day, Beautiful?” is not an invitation for you to vomit negativity all over my phone. It’s a text, for fucks sake. Can’t you wait until we’re in person? Or Facetiming? No one wants to feel like they have to talk you off a ledge. Especially not someone you’re dating. You want your partner to look forward to your texts, not feel the need to brace when they see your text pop up on their phone.

And it’s not just yours, it’s everyone’s. Sarcasm is completely lost in text exchanges. Don’t do it.

You think that because you’re texting, your partner doesn’t give a shit about grammar, fragmented sentences, and those annoying acronyms that dorks use to make themselves feel hip. In general, your texting style creates endless miscommunications that healthy adults don’t have time for. You use talk text. Or Autocorrect. Or both. Either way, you don’t proofread your texts before sending them out.