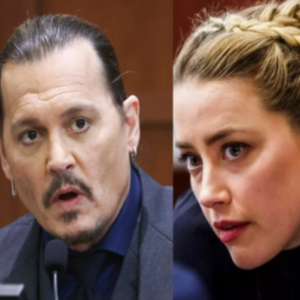 The number of emails I’ve gotten this week to weigh in on the Depp-Heard trial is almost equal to the amount of spam I’ve gotten in the same timeframe.

Every outlet is looking for experts to judge who the crazy one is.

The irony of being asked to defame one of the parties in a defamation lawsuit has caused me to become uncharacteristically reticent.

It’s not that I’m shy. I just want to be right.

Relationships are complicated. They’re full of nuance and subtext. It’s impossible for anyone to have a well-informed opinion about the testimony of Johnny locked inside a bathroom telling Amber he’s too heated to talk when we don’t know the details of the two-hours that led up to that moment.

I’ve seen this dynamic play out so many times — particularly early in my career when I worked with teenagers.

A parent informs us that they called the police on their son for throwing his cellphone at them (true story, btw).

The kid was in his late teens and was prone to breaking things when he was angry. His parents were in their 60’s. On the face of it, the kid sounds privileged and potentially dangerous.

But I asked a million questions about every detail that led up to the moment the phone was hurled (similar to a cross examination, I’ve been told by clients who are attorneys), and those details paint a different picture..

The day it happened the stock market was down, so Dad was in a bad mood even before he found out about his son’s bad report card and the dent in the car door. We’d been working with the family for almost a year, rooting out the patterns that tended to lead to explosive confrontation. Rule number one, we’d told Dad for months, is not engaging in a conversation when you’re pissed off.

But the tools only work when you use them. And if you bend rule number one, you’re screwed.

Dad responded by grabbing the kid’s car keys from his backpack, announcing he was taking the car away from him, and that he’d also lost his phone privileges.

When the son refused to hand over his phone, the father followed him from room to room, and after about 30 minutes, he used his own phone to call Verizon and told the poor customer service rep that he wanted to turn off his son’s phone — offering a detailed explanation of what the son did to warrant it — in front of the son.

That’s when the phone slammed into a wall.

It was easier for me to weigh in on Phonegate. I expect more from a parent than I do from an eighteen-year-old.

To do it right, I’d need to read every court transcript — or watch every day of the trial — and then I’d be stuck with that junk in my head. And probably with a diminished IQ.

What little I have reviewed has made me think their relationship, however brief, made sense.

We attract what we are.

The rest — who’s crazier then whom — that’s just a series of distinctions without much difference.

She says he put cigarettes on her. He says maybe he flicked the cigarette ash on her.

More intriguing than which of them meets more criteria for a personality disorder diagnosis is why he initiated this insanity. That’s the question I want answered.

He says he did it to clear his name… Hmmm.

Which means he managed to go through years of pre-trial work with his attorneys, somehow unaware that the most fundamental part of any lawsuit defense involves digging up dirt to discredit the person who’s doing the suing.

Is he dim in the head? Or so riddled with privilege that it never occurred to him that he’d come out of this looking dirtier than before?

And he’s not a clean guy.

If this doesn’t illustrate a compelling reason for each of us to do our own internal work so we can be better partners and have healthier relationships, nothing will.

← Why Your Apology Is Bull$shi! To MeFor Better Or For Worse →
×

For Better Or For Worse

Things We Can Learn From Johnny Depp

Why Your Apology Is Bull$shi! To Me

This Is How To Have A Tough Conversation