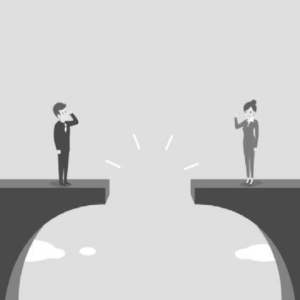 I’ve been thinking a lot about healing lately.

It was the throughline in Biden’s inauguration. He called it unity.
We have to “unite” he says.
It’s the only way to heal.

There are other voices who say that healing can’t begin until justice is served. Those who enabled four years of national trauma have to acknowledge the role they played. And if they won’t take ‘personal responsibility’ for the lies they perpetuated and the rage they stoked, We The People need to hold them accountable.

When a couple has been stuck in a power struggle for many months or years, the way I forge unity is to tell them that, for now, the goal needs to be peace.

Peace becomes the priority.
It comes before their individual needs.
It comes before my nearly obsessive desire to use examples of their disagreements as an entry point to teach them new relationship skills.
Peace.
Quiet.
No more fighting.
It’s a straight up pattern interrupt.

Creating peace requires both partners to make the decision to postpone a forensic accounting of even the most egregious wrongs.  It doesn’t mean we agree to sweep shit under the rug indefinitely. It means we agree that now is not the right time.

Knowing when the fabric of a relationship isn’t strong enough to withstand scrutiny is tricky. It requires both partners and the therapist to tolerate the discomfort of what’s not getting discussed while the muscles and tendons that bind the couple have a chance to rest and heal.

It requires making a choice between being right or being in a relationship.
Because it turns out, you can’t always have both.

I don’t know what the answer is for America. But I think this is worth considering.